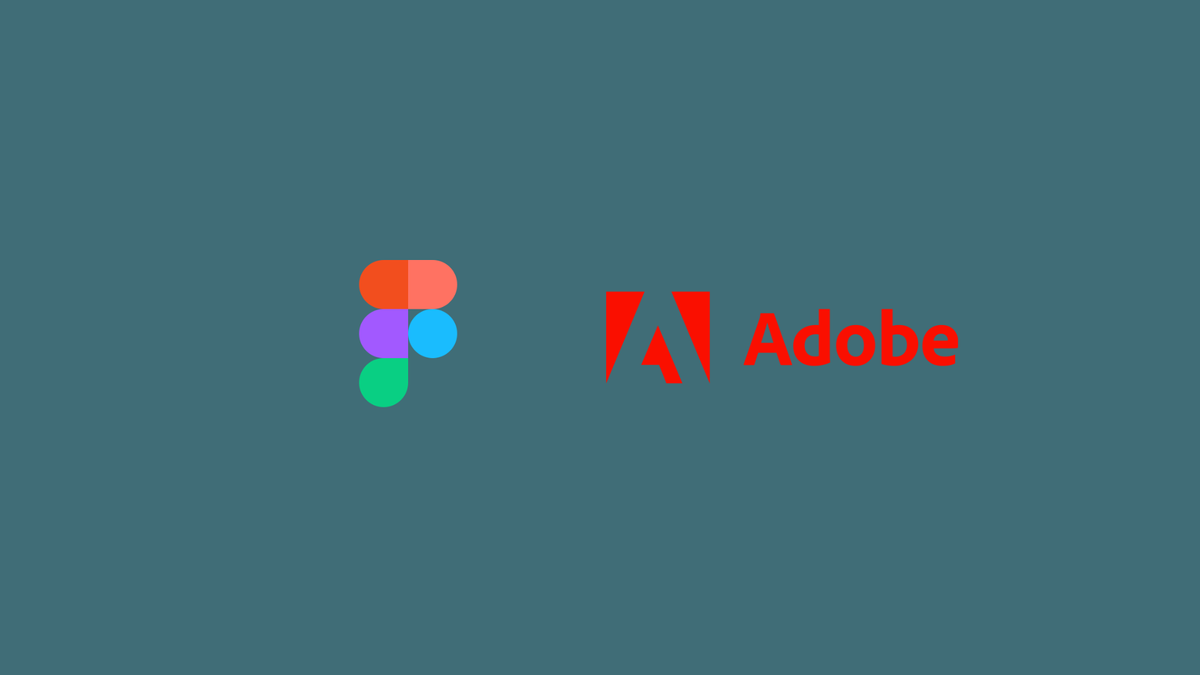 Disclaimer: This Tweet from January 29th 2021 did not age well.

On Thursday September 15th, my Twitter timeline went crazy after the news broke out that Adobe acquired probably the most popular creative tool, Figma. In two announcements, one by Adobe and one by Figma‘s CEO Dylan Field, they announced that they come to an agreement which states that Adobe is acquiring Figma. Adobe and Figma plan to reimagine the future of creativity and productivity through this acquisition. According to the statement by Dylan Field, the acquisition has been planned for several months, but now everything is settled, and Adobe is ready to put down $20b (half cash and half stocks).

In this post, I am going to share some more details about this acquisition, gathered from the announcements by Adobe and Figma, and some other media outlets.

Figma was founded ten years ago with the mission to make design accessible to everyone. In the early years of Figma, it was operating in the shadows of other design tools like InVision, Sketch, and Adobe. But over the last couple of years, Figma managed to built probably the most professional, creative, forward-thinking, dynamic, ambitious team in the field of technology and design tools. This team built a tool, that quickly became the industry standard for loads of designers coming from different professional fields. This team grew a community of enthusiastic users and creators pushing Figma even further. In my opinion, there is no doubt, that Figma became the design tool for loads of individuals and teams.

Long before Figma, there was Adobe, founded in 1982 and quickly becoming the biggest software company for creative tools. A lot of nowadays designers and creative minds, started their career with tools like Photoshop, InDesign, or Illustrator. Adobe grew immensely: 2019 the company had over 22,500 employees and was worth over $315b. While becoming a software giant, Adobe started to acquire other companies, like Macromedia in 2005 (for $3.4b), Aldus PageMaker (which got shut down and replaced by Adobe InDesign), or Magento Commerce in 2018 (for $1.5b). Although a lot of business professionals relied on Adobe products for years, there was a continuous and strong criticism. Based on all the acquisitions, Adobe became a monopoly in the eyes of a lot of users. It became an industry standard. While Figma’s core mission was to make design accessible to everyone, Adobe put a hefty price tag on their software, locking out a lot of folks who wanted to get started in the field of design, but simply wasn’t able to afford Adobe software. As of writing this, the most-recent version of the Adobe Creative Suite will cost you $55 per month. Additionally, Adobe is known for trashing most of their acquisitions, which probably also has a bitter taste when it comes to the Figma acquisition.

The comment section on Twitter underneath Adobe‘s announcement Tweet is full of folks mourning that Figma is now dead, at least for them. Over the last couple of years, loads of designers turned their backs to Adobe. They wanted to disrupt Adobe‘s monopoly, searching for alternatives, and ultimately realizing that there are quite a lot of other design tools which are cheaper or even free, and still as powerful as the Creative Suite by Adobe. Figma is an alternative, not to the whole Creative Suite, but while the core focus of Figma has been mostly Product Design, more and more creative minds started using Figma to create and design marketing assets, posters, thumbnails, app icons, and even illustrations.

Thinking about Adobe‘s criticized behavior among other design tools and its questionable business strategies, not embracing but locking out the design and creative community, and comparing it to Figma‘s exceptional product evolvement, this acquisition seems wrong. But if you think through it, you will realise that this acquisition is one of the most exciting ones in the fields of tech and design.

It seems like the biggest struggling point for a lot of designers is not the fact that Figma is selling the company but the fact that they are selling to Adobe. Is this naive thinking? In my opinion, Figma had two possibilities as a VC-backed startup: IPO or exit. Speaking of an exit, there are not that much companies who could play around with the intent to acquire Figma, strategically and financially. Adobe might be the only one. We just witnessed the $20b acquisition of a design tool. Figma‘s valuation increased from $2b to $10b between April 2020 and May 2021, now it sold to Adobe for $20b.

Moreover, this acquisition created incredible wealth across loads of Figma employees. We could possibly see a new generation of design-focused startup founders or angel investors.

More on that thought by Wendy Johansson.

At this point, we can only speculate what this acquisition will mean for Figma and its future. In the announcement by Dylan Field he stated that „Adobe is deeply committed to keeping Figma operating autonomously and I will continue to serve as CEO, reporting to David Wadhwani“ and that they „plan to continue to run Figma the way we have always run Figma“. That is and should be the goal. A lot of users are concerned that Adobe could try to Adobify Figma (especially when it comes to pricing strategies), and this leaves users with mixed feelings.

Dylan Field also stated that they will continue their Friends of Figma program spreading to new local communities. Community has been one of the major thriving aspects for Figma‘s incredible growth. They built a platform where creative minds can collaborate, share files and templates, and even built plugins for certain use-cases that make Figma even more powerful.

Probably the most exciting aspect about this acquisition is the fact that Figma now gets access to top-notch technologies regarding imaging, phototherapy, illustrations, video, 3D and font technology, which could mean that they are bringing certain kind of technologies over to Figma. There is a true chance to reimagine what creative tools look like.

Ultimately, I have mixed feelings about this acquisition. On one hand, I am excited for Dylan Field, the whole Figma team, and the design community in general. On the other hand, I have the feeling that Figma‘s journey was just about to start and they could have become far bigger if they remained in its own entity. Figma is an exceptional company, with an exceptional team, doing so many things right. Therefore, it just feels wrong selling to a company like Adobe.

Other than that, we can only wait and see how this acquisition will evolve.

Down below you find a selection of different reactions from the Twitter community.

Share or forward this newsletter to your friends, if they are also looking for creativity and productivity-boosting tools and resources. If you need help to discover your next favorite task management, note-taking, or PKM app, Creativerly delivers the insights you need. Creativerly is an indepentend publication and I am writing and maintaining it in my free-time. You can support Creativerly and my work by sharing it with the world, booking an advertising spot, or by buying me a coffee.

In this Deep Dive, I wrote about Napkin, an app to collect ideas, see connections, and get inspired.
Google Analytics is officially illegal in Austria, Netherlands, France, and Italy. It is time to switch to a privacy-focused Google Analytics alternative, learn how.
With Twitter's newest feature called Notes, the company is further heading into supporting content creators and professionals on its platform.